Gilead Storytellers: Why We Still Need to Talk About and Raise Money for HIV/AIDS Causes in 2020 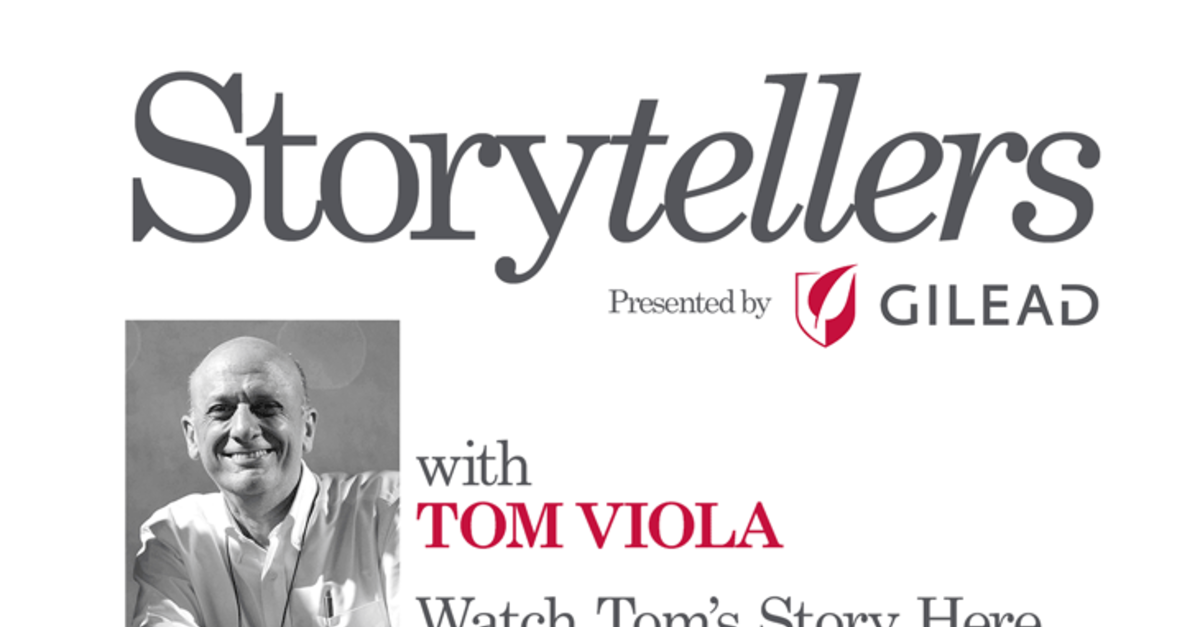 Broadway Cares/Equity Fights AIDS is so ingrained in the fabric of the national theatre community it’s hard to remember a time when it didn’t exist.

Since its inception, the organization has donated $118 million to The Actors Fund and approximately $120 million to 473 service organizations, saving thousands of lives and supporting hundreds of thousands of people. Though BC/EFA is a behemoth of charitable giving today, upon its founding (or rather the founding of Broadway Cares and Equity Fights AIDS) in 1988, humble bake sales and small flea markets and intimate cabarets rallied around one cause: HIV/AIDS.

“You cannot imagine the despair and the distress and the sorrow and the anger that overwhelmed. I mean, not just on Broadway in the theatre community, but the city… the country… around this issue,” says Tom Viola, who worked at Equity during the founding of Equity Fights AIDS and has been the executive director of the merged BC/EFA since 1996. In the video above, Viola rewinds to the earliest days of the crisis, describing the founding of the institution as well as his personal experiences with loss and the need for the non-profit.

“I had brunch with seven friends of mine at a restaurant … we were also all making excuses as to why it wasn’t going to be us,” Viola shares. “That was 1982, and there were eight of us at that table, all in the business somehow, or aspiring to be. By 1992, with the merger of Broadway Cares/Equity Fights AIDS, of those eight, four were dead, and two, including myself, were HIV positive. So that’s how things rapidly, over ten years, became much more serious and changed.”

Of course, with the advent of medications, the future is very different from that peak, and BC/EFA continues to provide funds for life-saving medication to those in need, as well as offering meals, housing, healthcare, and more. “There’s always an HIV component to pretty much everything we do, but that’s because HIV is now part of an entire menu of challenges that communities will have.”

COME FROM AWAY Creative Team, Producers, and International Cast to Reunite For ‘One Night Only’

OnSaturday 19thDecemberat 730pm GMTSimG ProductionsandMusical Theatre Radio’sfourth ‘One Night Only’ Reunion event will reunite the writers and creatives from the International hit musical’Come From Away’, alongside actors who have appeared in productions across the globe.

BroadwayWorld’sRichard Ridgeis keeping up with all of your favorite stars’ latest projects on Backstage Live, bringing you in-depth interviews twice weekly. On November 25, he chattedwith Broadway power couplePatti MurinandColin Donnell.

Are you ready to virtually wander around the 18th century sidewalks that Alexander Hamilton trod in “the greatest city in the world?” Hamilton fans and history buffs can explore the theatre district and NYC from their couches December 2 and 9 in a two-part virtual HamilTour from Broadway Up Close’s Tim Dolan and Playbill Social Selects.

In addition to exploring the historical sites from the musical, audiences will hear first-hand accounts from the making of the musical.

Click here to purchase a discount ticket for both parts. As part of the purchase, audiences receive a downloadable map to follow Dolan’s virtual footsteps as he brings participants around town.

Combining his storytelling skills as an actor and his love for Broadway history, Tim created Broadway Up Close Walking Tours in 2010. Over the past decade, the company has established six different tour experiences. In 2019, he opened a freestanding gift shop in the middle of Times Square that offers custom Broadway merchandise.

On the small screen, Dolan was featured on Season 2 of HBO’s Boardwalk Empire. In theatre, Tim was the Dance Captain in the Off-Broadway revival of Once Upon A Mattress, starring Jackie Hoffman and John “Lypsinka” Epperson. He also performed as Abraham in the long-running hit musical Altar Boyz.

Tickets are also available for Part 1 and Part 2 of HamilTour individually. For a full list of Playbill Social Select events, click here.

On Thanksgiving Day, the Nurse Heroes Live all-star concert addressed the worldwide shortage of nurses and raised money for nursing programs and scholarships. For those who might have missed the benefit show, Nurse Heroes Live will be available on Peacock beginning Giving Tuesday, December 1, 2020 until January 2, 2021.

The 2021 Junior Theater Festival, usually held in Atlanta, Georgia, has pivoted into becoming a virtual event, open to attendees worldwide. The JTF Online Extravaganza, scheduled for January 15-17, will see kids singing, dancing, acting, and learning in a virtual celebration of all things youth theatre. See Taylor Iman Jones, Ryan McCartan, Brittney Mack, and more announce the newly online event and break down just how it will work in the video above.

“We are theatre-makers! And make theatre we will,” says iTheatrics and Junior Theater Group Founder and CEO Timothy Allen McDonald. We’re joining up with an incredible team of artists, creatives, and educators to make this really special. This year hasn’t been easy, and we’ve seen students and teachers shift to online rehearsals, turn storytelling limitations into opportunities, lean on each other for emotional support, and through it all somehow manage to keep a light on at the end of the tunnel. Now, it’s time to celebrate each and every one of them and give those who carry the love of musical theatre in their hearts a way to continue to share their art with others.”

Usually open only to youth theatre groups, the online edition of JTF will for the first time be available to individuals as well. Those interested in registering as an individual can use the promo code JAZZHANDS from now through midnight November, 30 to receive 30 percent off the registration fee. The deadline for registration for both groups and individuals is December 1. Visit JuniorTheaterFestival.com for more.

The festival will kick off with a virtual choir made up of students from all participating groups performing the National Anthem, newly arranged by composer and TikTok star (of Ratatouille: The Musical fame) Daniel J. Mertzlufft and iTheatrics and Encore! on Disney+ music director Lindsay Lupi. Groups will then present 10-minute pre-recorded video performances of selections from a Broadway Junior or Online Edition musical for adjudication. Groups will receive live feedback from an adjudicating panel of industry professionals, with some moments selected by adjudicators to be workshopped live and in real time. Some groups and individual performers will win awards and other recognition.

New works will also be showcased, as at previous Junior Theater Festivals. Attendees will get a virtual sneak peak at Jason Robert Brown’s 13 JR. and Disney’s The Descendants, both performed remotely by Junior Theater Festival students from around the world. The festival will feature a headlining concert and talkbacks and performances with theatre industry professionals highlighting their career journeys and accomplishments. Workshops will also be offered for students and their teachers.

Even the festival’s annual Dance Party-Palooza will be brought online in an event led by student performers. Grown-ups will have their own cocktail-style events with opportunities to meet and talk with talent, special guests, and representatives from iTheatrics, Disney Theatrical Productions, Playbill, and Music Theatre International.

Playbill will be on hand to host the second annual JTF Theatre Trivia Showdown, with two student representatives from each group selected to participate and the entire festival invited to watch and play along on social media.

The festival culminates in the Freddie G Awards Ceremony, celebrating the weekend’s achievements with performances of shows coming soon to the Broadway Junior Collection; the presentation of performance, technical, and teacher awards; and more.

“Just doing musical theatre with students is an automatic win. The ‘virtual’ drawbacks are forgotten in a snap because the love of and commitment to theatre is so strong,” says iTheatrics Director of Education Marty Johnson. “When iTheatrics served as virtual adjudicators for the Junior Theater Festival Australia, we enjoyed a variety of different adjudication performances. Some of the casts were filmed together; some performed from their Zoom boxes. Everyone worked, learned, and had so much fun.”

Looking ahead, iTheatrics is planning in-person festivals for later in 2021, including Junior Theater Festival West in Sacramento, California, May 7–9 and the debut of Junior Theater Festival Texas in Sugarland, Texas, June 25–27. In addition to Playbill, festival sponsors include Music Theatre International, Disney Theatrical Productions, and iHeartRadio Broadway.

How to Watch the 2020 Macy’s Thanksgiving Day Parade – Your All-Inclusive Guide!

While many prepare to celebrate Thanksgiving differently this year, so does The Macy’s Thanksgiving Day Parade, one of the nation’s most cherished holiday traditions. 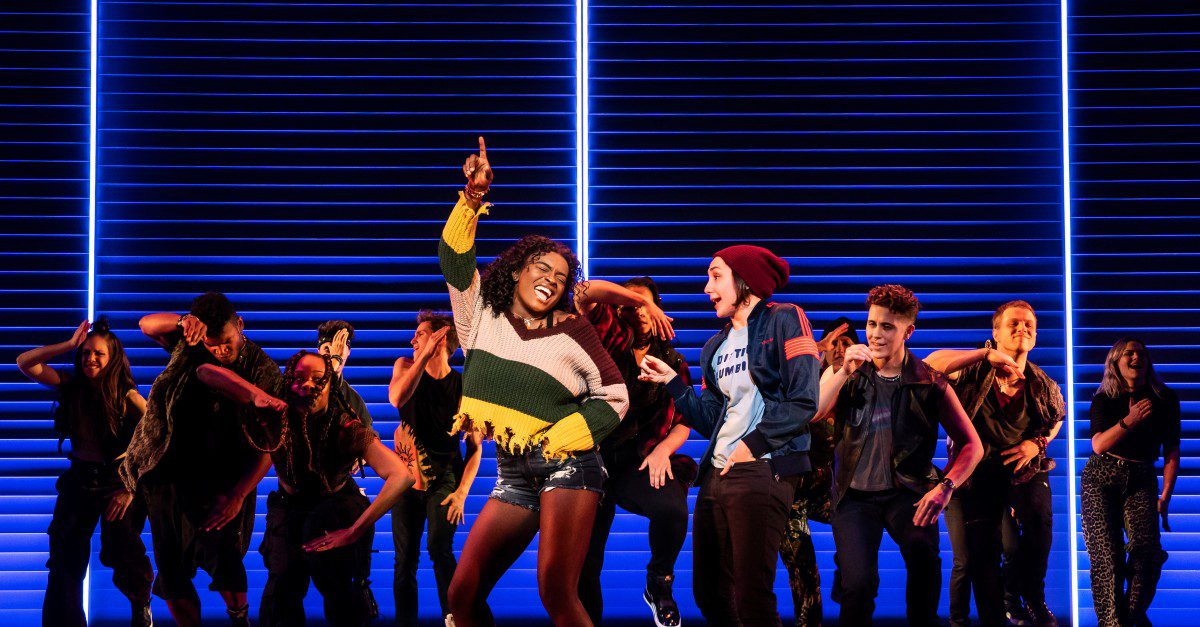 This year’s Macy’s Thanksgiving Day Parade, reworked due to the public health crisis, features performances from the Broadway casts of Jagged Little Pill, Hamilton, Mean Girls, and Ain’t Too Proud: The Life and Times of the Temptations. The segments were pre-taped outside of the shows Theatre District homes.

Tune in on NBC November 26 beginning at 9 AM ET (the event will also stream on Verizon’s YouTube channel).

Viewers can expect performances of “Someone Gets Hurt” from Reneé Rapp and her Mean Girls co-stars; a Motown medley from Ain’t Too Proud‘s Nik Walker, James Harkness, Jawan M. Jackson, Matt Manuel, and Jelani Remy; the Hamilton bop “The Schuyler Sisters” (with an appearance by Tony nominee Joshua Henry as Aaron Burr); and Alanis Morissette’s “You Learn” with the stars of Jagged Little Pill.

Typically, Broadway shows perform outside the iconic storefront at the top of the proceedings, with floats, guest stars, and Santa subsequently parading down from the Upper West Side. This year, the spectacle will be condensed to one city block on 34th Street, primarily just for broadcast rather than in-person crowds.