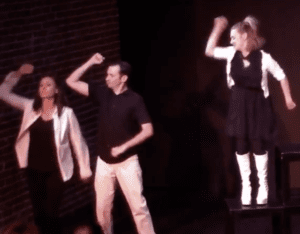 Visit our YouTube Channel at https://youtu.be/tf7d1WAAMRU to check out NMI’s newest Featured Video, featuring “Kaboom!” a story of cheating, revenge, and just deserts! It was presented as part of NMI’s 2018 15 Minute Musicals: THE GREAT DIVIDE.

Presented at the Broadwater Theatre in Hollywood as part of the 2018 Hollywood Fringe Festival.