a musical webseries honoring the everyday heroes among us

“Neighborhood Heroes” is a webseries which will be honoring the everyday heroes in our own neighborhoods.

We pair our honorees with an artistic team comprised of a composer, lyricist, director, and dramaturg, and shape their story into a short musical retelling in a digital platform.

This project is hosted by New Musicals Inc.

The inaugural episode in this series is supported by a generous grant from the North Hollywood North East Neighborhood Council. (https://www.nhnenc.org/) 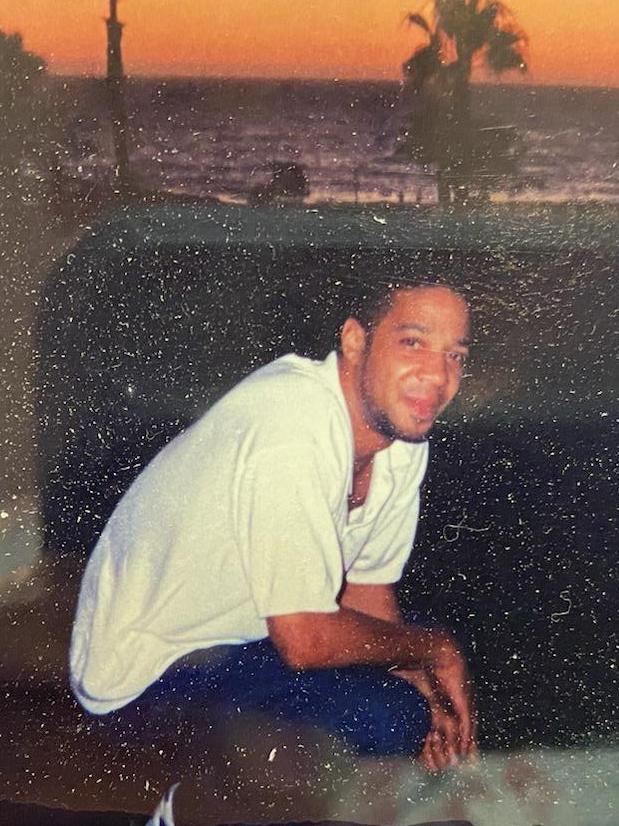 What Gets Thrown At Us

The story of a handyman working in North Hollywood.

based on the true story by Geoff Davis

“So, who am I? Just an ordinary old guy living life in North Hollywood, California. Watching a beautiful sunset from the porch of the place I own. Sober and grateful. A handy man to have around the house.” 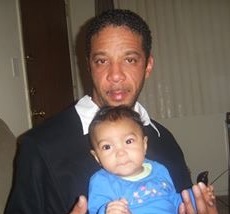 Growing up I felt unloved and abandoned for most of my life.

My mother left me to grandparents to raise me. A few years later grandfather up and left with no trace or explanation. A few years after that grandmother was diagnosed with cancer and at the age of 10, I was taking care of her most of the time alone. Giving her serious pain meds to maintain. One night I watched her close her eyes and pass away. And I ran and ran for many years to come no matter where I was living I was always running. I developed a lot of bad habits that came with major consequences over the years. I can admit today everything that I endured was preparing me to become the man I am blessed to be today. I have a wonderful relationship with my mother, I have been happily married for 18 years, have a relationship with my two boys and I get to enjoy my grandson.

Yes, does life continue to overload me with situations to test my ability to survive and endure. Yes, daily. The good thing is I no longer run or nor I will run. I stand up every morning with a face of gratitude and a humble heart and I go and provide a service to strangers to make their life simpler and problem-free.

James A. Goins is a Los Angeles-based composer, director, and writer. Known for being a modern-day Renaissance man, James has established himself as an inventive and musically sensitive director of theatre, musicals, and film. His plays and musicals have been workshopped or produced at the Mark Taper Forum Annex, the Laity Theatre Company, New Musicals Inc., and the Chameleon Theatre Circle. James brings a wealth of knowledge and experience to every project he works on. He is a member of BMI, The Dramatist Guild of America, The American Composers Forum,
The Playwrights Center, The National Association of Negro Musicians, Inc., Composers Diversity Collective, Theatre West, The Society of Composers & Lyricists, and the American Society of Music Arrangers and Composers. He learned to hone his skills in musical theatre through New Musicals Inc.
He is the Executive Director of the Laity Institute of the Arts, a Private Arts Foundation which teaches the visual and performing arts to children and adults. His music style covers musical genres such as Classical, Instrumental, Jazz, Musical Theatre, Pop, Orchestral, Soundtrack (Film Scoring), and Soul.
He studied music under Emmy Award-winning and Academy Award-nominated composers such as Gerald Fried (Roots, Roots: The Next Generation, Star Trek, Napoleon, and Josephine), Thomas Richard Sharp (When Harry Met Sally, City Slickers, Aladdin, Little Mermaid), Jerry Grant (Quantum Leap, Hired to Kill, Hunter) and composition under Dr. Russel Steinberg one of America’s leading Neo-Classical composer, conductor, and music educators.
James has a BA in Theatre from California State University Dominguez Hills. He later attended UCLA, where he received his Teaching Credential and completed his training in film scoring from UCLA’s Film Scoring program. He also holds an Executive MBA from Grand Canyon University and is the founder and co-owner of SignalHarmony LLC, an Internet Business Development Firm. He has been directly or indirectly involved in the entertainment industry for over 30 years.
“I believe perseverance dictates that every person arrives at their desired destination exactly on time.”

“It has been a high privilege and an honor working on the Neighborhood Heroes Project with funding from the North Hollywood North East Neighborhood Council. This, along with stellar guidance and oversight from New Musical Inc. has helped to guide and support my esteemed collaborator Douglas Haverty and me to create this musical work about the remarkable, touching, and true life of Mr. Geoff Davis. I’m very grateful for the opportunity. It’s been a blast!”

John is a writer, producer and director and has been involved in the theatre for more than 35 years. His passion is musical theatre and especially creating new works and bringing new voices to the stage. John is also the President of the Board of Directors of NMI.

“‘What Gets Thrown at Us’ spoke to me on several levels. While we may not all have personal experience, most of us know someone who has been a victim of addiction, seen a close friend or family take a very wrong turn in their lives or been in a situation where hope seemed to be a distant memory. The spirit of this gentleman, the loving nature of who he becomes, is contagious and offers us hope in what has been a very bad few years for most of us. The twist ending took my breath away, and made me wonder how it will all turn out.“

Like many African-American vocalists, Jimmer Bolden started singing in church – but not until he was 30! He then began singing jazz in nightclubs in DC with the James Horowitz Trio. Jimmer has since appeared regularly at jazz venues in Aspen, San Diego, and in Los Angeles where he is based. He has made multiple appearances at Jazz Aspen Snowmass and its sister festival, Jazz in Marciac, France, and was invited to perform at the 1st Annual Sonoma Jazz Plus. Jimmer has two jazz recordings to his credit (The Hippest Cat in Hollywood and I’m Glad I Thought About You), along with a recording of inspirational music (Leap of Faith).

Jimmer ventured into the musical theater world and has performed in several productions with major regional theater companies in San Diego and Los Angeles, including as Booker T. Washington in three productions of Ragtime, The Musical, and as the voice of Audrey II, the man eating plant in Little Shop of Horrors. His latest pursuits have led to him appearing in several TV and internet commercials, and as the soloist with the 150-voice Angel City Chorale on their “Golden Buzzer” performance on America’s Got Talent in 2018. www.jimmerjazz.com

“Geoff Davis’s story really resonated with me because I am drawn to the stories of redemption of everyday people. I have my own story with addiction, and although I did not descend to the same depths, I also “ran from myself” – and like Geoff, I never gave up. He could have easily given up on himself and simply faded away, but instead he faced his fears and his past and became a marvelous example for those in despair and a great contributor to his community. I am in awe of the way that despite considerable medical problems, he’s continued to do so – now, that’s a real hero. Geoff’s story is so compelling and I am grateful for the opportunity to help share it.”

Doug’s first play, a college comedy called, HELLO, THIS IS THE BOTTOM DRAWER, opened in Los Angeles in 1980 and was a surprise—award-winning—hit, garnering the attention of Miss Audrey Wood in New York. She subsequently signed him to her stable of playwrights at ICM. The Los Angeles Herald Examiner dubbed him, “… the Frank Capra of the ‘Me’ Generation.”

Doug was commissioned by Access Theatre of Santa Barbara to write the libretto for a musical fantasy that incorporates sign language into and throughout the story; THE LEGEND OF THE CRYSTAL WATERS toured the South/West and garnered Haverty a playwriting award at the American Deaf Drama Festival.

A new musical (co-written with Adryan Russ) developed at The Lehman Engel Musical Theatre Workshop — NMI — was produced and scheduled for five week run at the Group Rep, but it was so popular that it ran five months, was picked up regionally and eventually opened Off Broadway at The Cherry Lane Theatre. That musical, INSIDE OUT, (about five women in group therapy), has enjoyed productions all over the world for many years. The New York Times said, “A bright, witty and wise musical about the way we live now … A smart, spunky musical. Characters seem like real people, even when they sing and dance.” Most recently, it was translated into Serbian. It opened in Belgrade in October 2018 and was very successful and ran continuously until the worldwide pandemic shutdown all theater in March 2020.

Doug also wrote the libretto for another musical commissioned by Access Theatre which opened in November of 1991, FLAVIA AND THE DREAM MAKER. This family musical is based on the popular author/poet/painter’s autobiography (with songs by Shelley Markham and Bob Garrett). Published by The Dramatic Publishing Company.

Also co-written with Adrayn Russ, iGHOST is inspired by Oscar Wilde’s “The Canterville Ghost.” This musical is contemporary spin on the classic tale and compares and contrasts the similarities between ghosts and Bluetooth, wireless wizardry. World premiered in May 2011 at The Lyric Theatre.

In 2012, Doug was commissioned to write the book (and some lyrics) for a new musical called THE GHOST OF GERSHWIN with all new music by Wayland Pickard written in the style of George & Ira Gershwin. This opened at The Group Rep in May 2014 and played to nearly sold-out houses for seven weeks making it their highest-grossing, most attended production.

Developed under the guidance of the late Betty Garrett, Doug’s musical LOVE AGAIN (again co-written with Adryan Russ) was developed at Theatre West and at The Group Rep and opened in May 2015, directed by A CHORUS LINE original cast member, Kay Cole.

His female-centric, contemporary spin of “A Christmas Carol” called A CAROL CHRISTMAS (written with Bruce Kimmel) opened at The Group Rep and has just been published by StageRights.

Haverty’s many straight plays have also met with success, most notably, COULD I HAVE THIS DANCE, which was selected by the American Theatre Critics’ Association as the Best New Play of 1991 (produced outside of New York City) and was subsequently included in the Otis-Gurnsey Best Plays of 1991-92. Other regional successes include: IN MY MIND’S EYE, DEATH DEFYING ACTS, AFTERSHOCKS, and NEXT WINDOW PLEASE.

Doug co-moderates the Writers Workshop at Theatre West while concurrently serving as the Artistic Director of 48 year-old Group Rep.

“I loved meeting and experiencing Geoff, I loved collaborating with James A. Goins and I am now a huge fan of Jimmer Bolden. This was a lovely and rewarding experience. I am honored to help in the telling of this tale and the helping to illustrate the wonder of this man.”

“The spirit of this gentleman, the loving nature of who he becomes, is contagious and offers us hope in what has been a very bad few years for most of us.”