Would you do whatever Charlie asks? 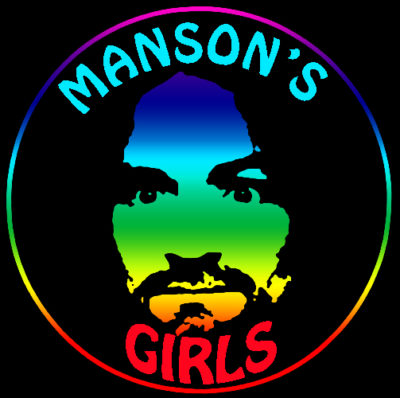 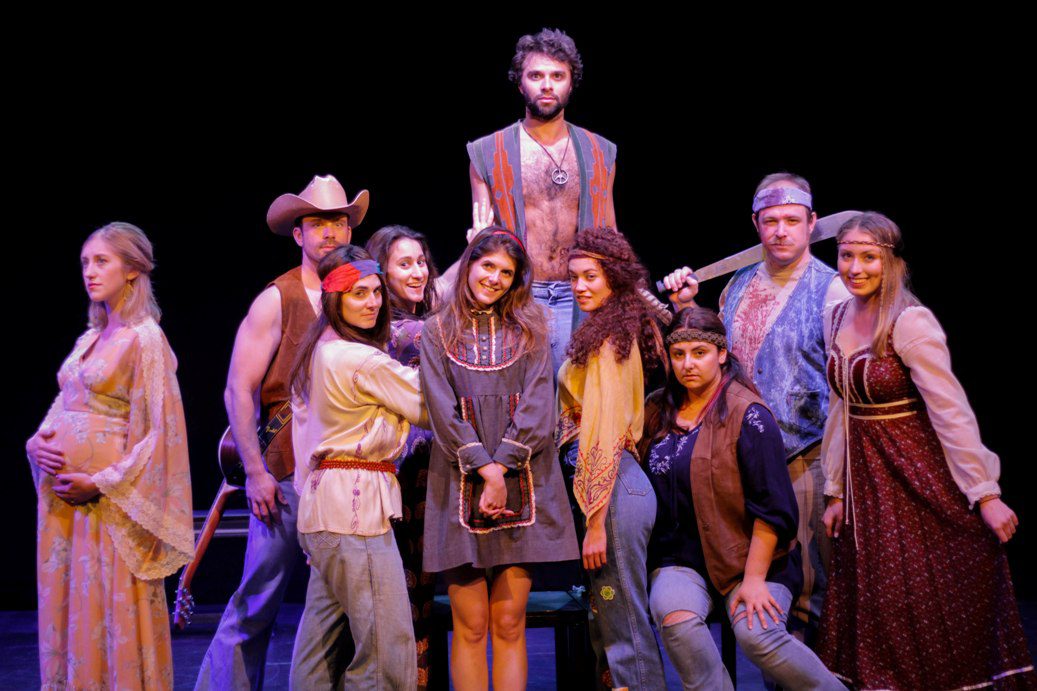 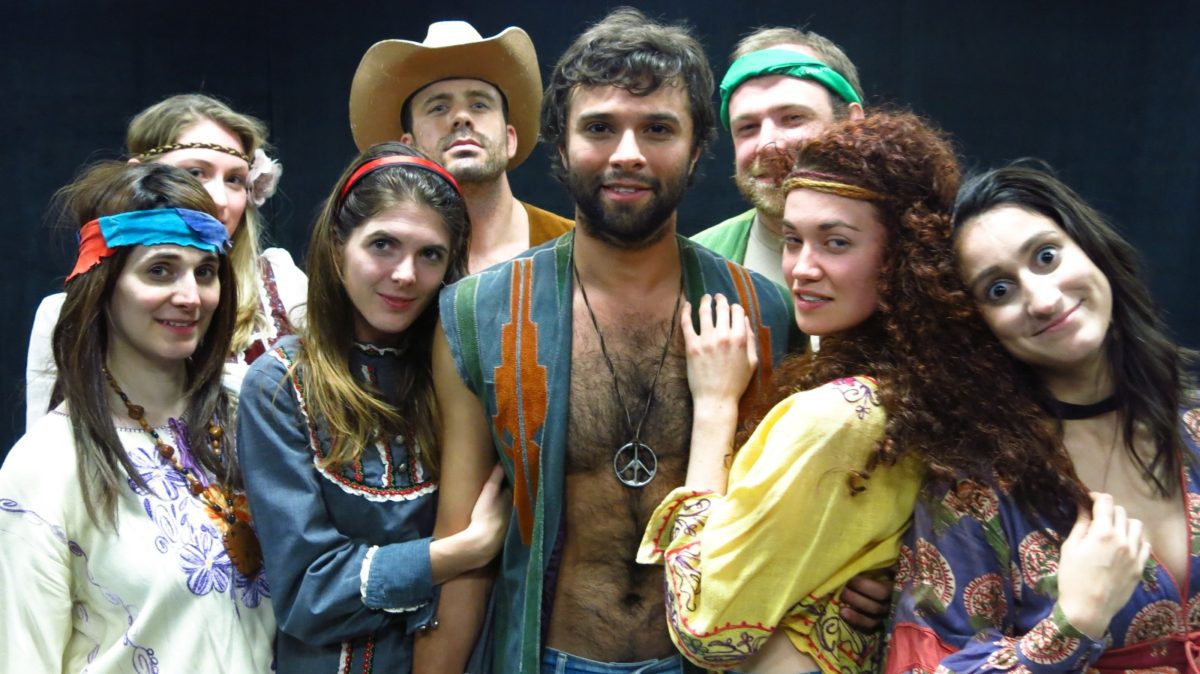 The story of the Manson Family murders, told from the perspective of the girls.

How did Linda Kasabian, the last girl to join the Family, go in thirty days, from being a sweet wide-eyed innocent, to being complicit in one of the most gruesome crimes in all of American history?

With a driving, rock score and book/lyrics which explore the psyche of girls, this story is all-too-relevant today, being a parable and warning to any of us who follows the voice of authority without stopping to question.

One of the best Musicals I have seen at Fringe.
- Jack Stroud

Manson’s Girls is a chilling story made all too human through a fantastic production.
- Lacey Pawlowicz www.haunting.net

Loved it! A thoughtful dive into the psyche of Manson’s Girls.
- Media-Geeks.com

Flower-child Zephyr introduces wide-eyed Linda to her wonderful “family”:  a half-dozen mellow, guitar-playing, free-loving hippie types.  Zephyr explains that Linda’s husband left her and a baby without a penny and Linda has no place to go tonight.  Big Patty melts when she sees Linda’s baby, but Squeaky is already on the offensive:  Charlie’s gotta approve her before she can join us.  Squeaky and Zephyr’s territorial battle is cut short by the saint-like appearance of Charlie, trailed by Sadie Mae like a disciple.  Charlie focuses on the new girl like a laser, clamping onto her ankles, calves and then thighs, feeling her energy flow through him to the rest of the family.  Linda freaks out a little and turns inward (Little Girl Lost), but Charlie’s warmth and kindness overwhelms her, so when he asks her to give him her father’s fancy expensive watch, Linda is happy that she seems to have found a new wonderful home for her and her baby.

The next morning, Charlie grills Linda, trying to see if Linda spooks when she learns that the city’s going to rise up, black man versus white man, and Charlie’s preparing his family to become an army to defend themselves against the victorious black man.  Charlie insists there won’t be any killing; killing is wrong…but Linda needs to learn how to protect herself and the family.  Linda says she’s ready to learn, and Charlie tells Zephyr that Linda has his approval.

In the intervening couple of weeks, Linda is put through a series of increasingly dangerous tests, pushing Linda at each step of the way to consult and then ignore her moral compass, always choosing “family” over her own conscience.  The first tests are fairly innocent  (Creepy Crawl) in which the girls sneak into people’s homes in the middle of the night, playing little harmless pranks on them (such as turning the paintings around, or putting a single egg on the toilet seat).  But the pranks become increasingly criminal, beginning with stealing a little food for the family, and then stealing a single five-dollar bill.  When Linda finally questions the rest of the girls, they make it explicitly clear that if she wants to be part of the family, she is not to question Charlie.  If Charlie says to steal money, then you steal money, and you’ll ask no questions.  Does Linda want to be a part of the family or not?  (Gratitude).  Linda, terrified of being on her own with her baby, goes along with the girls and swears her allegiance to them and to Charlie.

Sidenote:  Throughout the musical, each of the seven girls has a “portrait song”, sung from the bandstand, apart from the action of the storyline, presenting a particular point of view or social comment about her relationship to Charlie or family.  These songs include:  Sadie Mae (Whole Lot Outta Life), Big Patty (Color Me Red) and Squeaky (Every Day I Fall in Love).  The other song titles are integrated here into this synopsis:  Linda (Little Girl Lost), Sharon Tate (Little Girl Lost), Marioche (Help Yourself) and Zephyr (Fall Into Night).

Things begin to spiral out of Linda’s control.  She becomes a pawn for the girls to fight over…whoever brings Linda in line is going to receive the most praises from Charlie.  Charlie and the family visit the home of a record producer who supposedly offered them a recording contract.  But it’s an actress who answers the door:  Sharon Tate, from Valley of the Dolls; Roman Polanski’s pregnant 26-year-old wife.  (Little Lamb of God)  Charlie over-reacts to Sharon’s unwillingness to help, and the girls see a Charlie they’ve not seen before:  seething, lethal.  The sound of a police siren saves Sharon’s life, as the family runs away, giggling.

Zephyr didn’t find Charlie’s behavior funny; she’s disturbed by it, and the stealing, and the girls’ decaying morals.  She asks Linda what she thinks about moving on to San Francisco or some place.  The very thought of leaving the family makes Linda sorrowful.  She begs Zephyr not to go.  Zephyr’s torn….

About this time, Charlie begins to put pressure on other family members to step up and get some money from somewhere.  Charlie’s first girl, the wily Marioche, cooks up a scheme to link up with one of the guys, Bobby Beausoleil, and intimidate a rich guy.  (Help Yourself).  But not-so-bright Bobby wants to be Charlie’s financial hero, so he goes by himself.  Things go terribly wrong, and Bobby ends up killing the guy.  Bobby prides himself on not having panicked; instead making it look like some blacks must have done it, writing some anti-white slogans on the wall.

It’s at this moment that Zephyr decides to run away, but it’s clear that Charlie can’t have a stool-pigeon out on the loose, so one of the other guys, Tex, quietly kills Zephyr.  (Fall Into Night)

When the cops arrest Bobby, Charlie decides in a panic that the best course of action now is to make it look like the blacks are committing murders all over the city (so it couldn’t be Bobby who killed the guy, see, because he’s in jail).  Charlie instructs his army of girls to go into the homes of the rich and kill them, making it look gruesome, to ensure that the riots are ignited at last (Helter Skelter).  The girls swear their allegiance to Charlie, even if it means murdering innocent people.  When Linda realizes she and her baby might suffer the same fate as Zephyr, she swears as well, and is finally accepted as a true member of the Family.

Ron Barnett (music) - Ron Barnett is a composer living in Los Angeles, CA where he is Director of Music and Sacred Arts at Saint Mark’s Episcopal Church, Glendale. Full length musicals, as composer: Manson’s Girls with book by Scott Guy, lyrics by Mitch Glaser, which won a “Pick of the Fringe” award and the ALNM Award for Outstanding Songwriting during the Hollywood Fringe Festival 2018, A Christmas Carol with book by Barry Kornhauser, published in 2013 by Dramatic Publishing Company and When Butter Churns to Gold, which premiered in 2015 at Northern Sky Theatre in Door County, WI. Choral music published by MorningStar, GIA, and Lorenz. He is currently a member of New Musicals Inc. in North Hollywood, and was, with lyricist Greg Edwards, a finalist for the 2010 and 2012 Fred Ebb Prize.

Mitch Glaser (lyrics)  - Mitchell Glaser is a writer of stories, songs and software. He wrote the book and lyrics for “Thanksgiving in Ithaca” which received the Pick of the Fringe award at the 2017 Hollywood Fringe Festival. He also received the Outstanding Achievement in Songwriting award at the 2018 Hollywood Fringe Festival for “Manson’s Girls”. Mitch is one of the founding producers of A Little New Music, the prestigious Los Angeles based musical theater cabaret, and surreptitiously sings in the liberal art attack troop The Billionaires under the stage name Rolan Indo.

Developmental workshops at NMI and UCI Festival of New Musicals; workshop production at the Hollywood Fringe 2018 where it was named Pick of the Fringe and nominated for Best Musical.