Book and lyrics by B.K. Wells, music by Jane Wong

United We Tweet is the story of a clown who holds the Highest Office in the Land (literally…a clown, complete with Bozo wig and red nose). His favorite way to resolve disputes is…rock-paper-scissors…and nothing less than the fate of Texas is at stake.

When California was ordered to shelter-in-place and the 2020 Hollywood Fringe Festival was canceled, the TWEET team pivoted to adapt this piece to take place during a Zoom conference call in the middle of a global pandemic - making it possible for us to literally film a Zoom meeting with all the performers in their own homes.

Tell the authors what you think!

Give us your comments, and we’ll forward them directly to Wells and Jane. 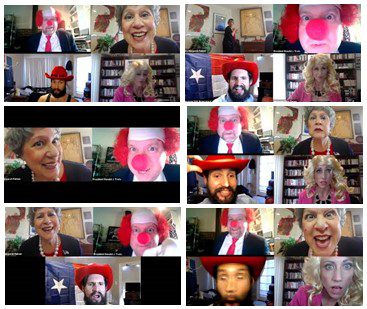 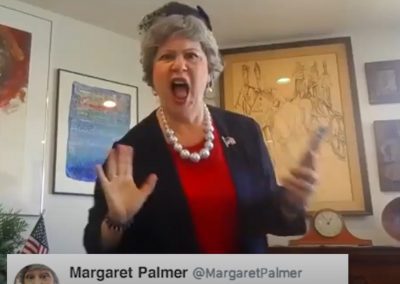 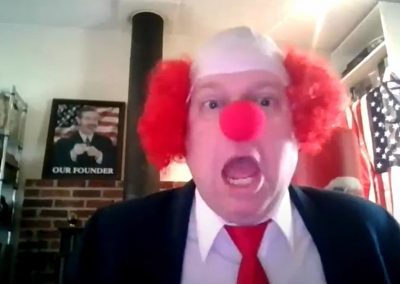 PresidentTrots worries he’s about to lose the State of Texas 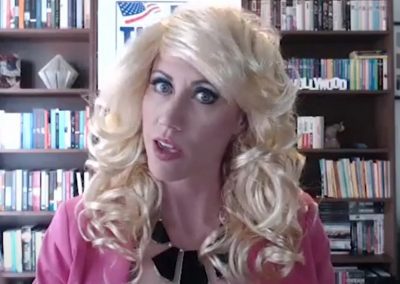 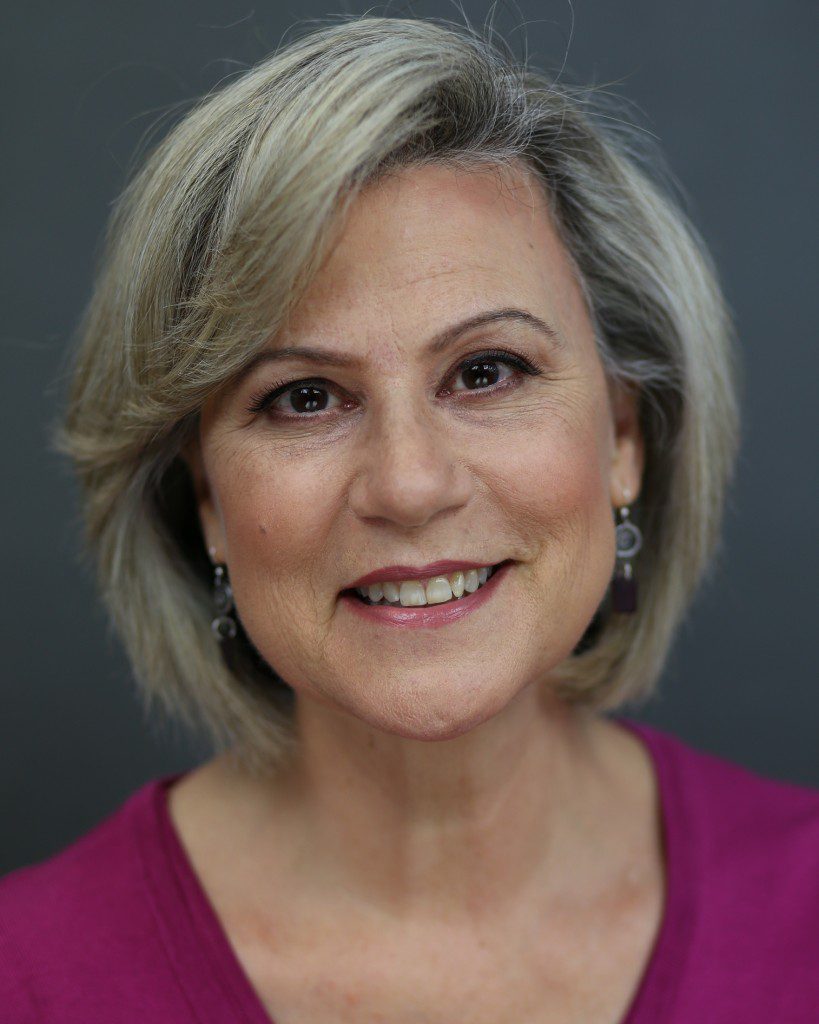 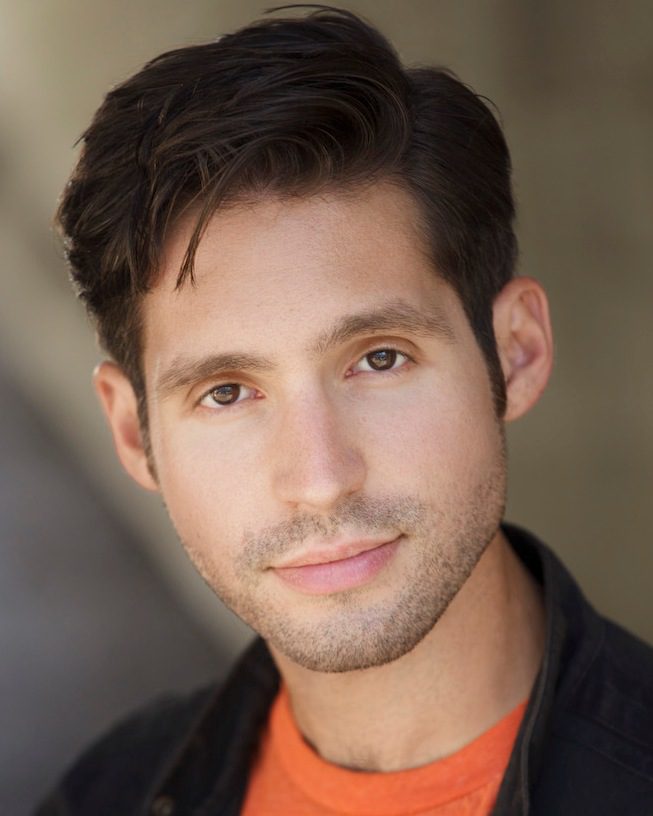 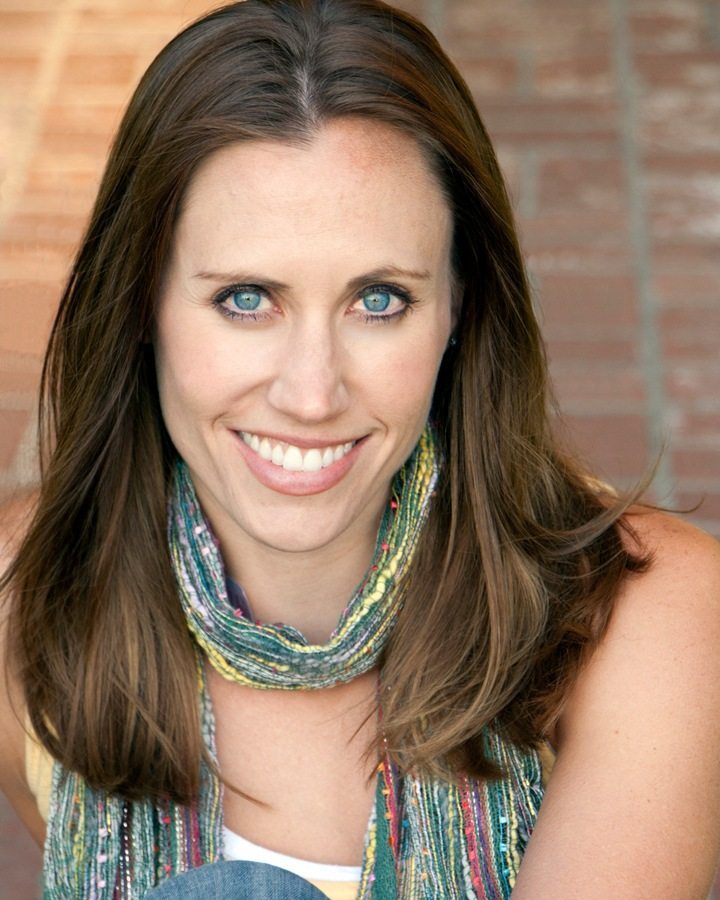 as Governor Riley Turner of California 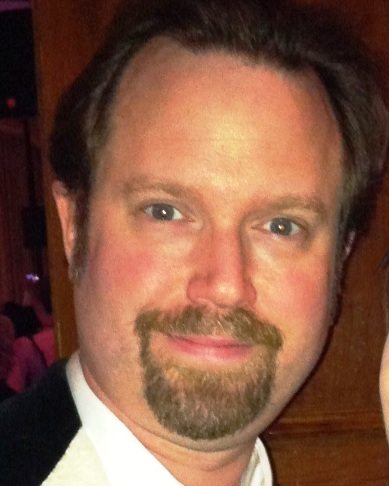