It’s All About The Book!

Theatre, from the Greeks to the present day, is basically a narrative story-telling form. Certainly grand opera and modern musical theatre support that tradition. The revues and song catalogue shows that do not feature a story are greatly outnumbered by the bulk of shows produced on Broadway and in the West End theatres of London, as well as in smaller, developmental theatres everywhere. And most of the narrative shows have been adaptations of familiar stories: novels, plays, movies, etc. Showboat. Pal Joey. Oklahoma. Damn Yankees. My Fair Lady. West Side Story. Sweeney Todd, The Demon Barber of Fleet Street. Phantom of the Opera. The Producers. Legally Blonde. Spring Awakening. Hamilton.

There are reasons to write original musicals. Unproven writers don’t need to secure underlying rights to copyrighted material. Producers and those in the royalty pool don’t have to share profits with the underlying rights holder. And there are reasons to write adaptations. Novels, plays, short stories and even poems that are well-known provide topics and titles that can catch a potential ticket buyer’s attention. 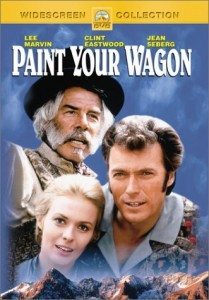 dapt? First and foremost, it’s a tradition. (Traditions exist for a reason.) Of course traditions stultify at times, and many writers feel compelled to create original musicals, generally to their dismay. When was the last time you saw a production of Paint Your Wagon? And we can’t blame the score, which includes such standard songs as “I Talk to the Trees,” “They Call the Wind Maria,” and “I Still See Elisa.” In his forward to the published libretto of that show, Alan Jay Lerner says, “The value of the basic story cannot be exaggerated. . . So start off on the right foot and select a story that is all prepared for you. The translation of that story to musical form is quite complex enough. Within that frame you will find more than adequate challenge to your originality and enough on which to experiment.”

You don’t have to follow Lerner’s advice, of course. As my mentor, Lehman Engel, was fond of saying, “Everybody has the right to commit suicide.”

But adaptation or original, the book of a musical is a narrative, and one that must keep the audience engaged for its duration, whether it be in fascination (like Sweeney Todd, say), hilarity (like The Producers, say), or drama (like Spring Awakening, say). Successful narratives have at least three things in common:

1. A strong and strongly motivated central character. Even in a so-called ensemble show like A Chorus Line, one character stands out as more important than the others (in this example it’s Cassie).
2. A clearly defined beginning, middle and end. The beginning, or starting point, is an action that upsets the status quo, an action taken because the central character needs or wants something. The middle is a rollercoaster of action, a series of successes and failures that position the central character closer to or farther from the goal. The end is the final action – either achievement, rejection or failure in reaching the goal.
3. Something of importance must depend on the outcome of the story. It doesn’t matter if Joe wants a tuna melt or a BLT for lunch, unless one of the sandwiches is liberally laced with arsenic.

The first two points are mostly about the plot, whereas the final point is probably more related to the theme of the show. The plot is what happens; the theme is why it happens, and why we care. In the best of all possible librettos, every action, every image, every figure of speech will somehow either support or attack the theme of the show.

I believe that good theatre must either affirm or challenge existing worldviews. Generally comedies tend to affirm, and dramas tend to challenge (not a hard and fast rule, though). Both do this by placing characters in morally ambiguous circumstances. No matter what the stakes are at the end, achieving, rejecting or failing to achieve the goal will affirm or challenge the audience’s sense of what is appropriate or right.

You don’t have to follow Lerner’s advice, of course. As my mentor, Lehman Engel, was fond of saying, “Everybody has the right to commit suicide.”

When you are planning work on a new musical, use the structural measuring sticks above to test your idea before it is fully formed. Be journalistic about it. Who is the story about? What is the plot (who does what to whom)? Where and when does it happen? Why does anyone care about the outcome? The questions are valid whether the planned work is an adaptation or an original idea.

Pay particular attention to the ending. Is this what the audience wants for the characters, or does the ending sadden the audience? Have the characters earned this ending if it’s a happy one, or somehow caused this ending if it is a tragic or sad one? If you answer yes to that last question, the show is affirming accepted values. If you answer no, the show is probably challenging accepted values. If your yes or no answer is contrary to your original intention in writing the piece, then your work is not finished.

The best reason to write an adaptation: Something in the original strikes a chord in you and resonates in a way that makes you want to explore it more deeply. Adding music and lyrics to the piece will tend to emphasize the emotional lives of the characters, whereas the source novel, play or movie might be more involved with the plot and action. Ask yourself what you can bring to the source. What will your point of view add to the story’s effect? Shaw’s Pygmalion is a comedy about the class structure of a society and the fate of women in that world; My Fair Lady is a romantic confection that uses the same plot. Does your take on the source give you the impulse to transform it significantly? If so, you might succeed.

The best reason to write an original: Something – an event in the world or in your intimate life or in the life of someone you know – is holding a magnifying glass to a spot in your brain, focusing the heat of the sun like a laser, burning a message on the surface of your consciousness. You are determined to explore this, to ask audiences to pay attention, to help them understand and feel as strongly as you feel about the topic.