Our featured video this week is an interview with TIM KASHANI and PAMELA WINSLOW KASHANI, the master-minds behind Apples and Oranges Studios, producers of the Tony award winning musical An American in Paris (among many others!). Apples and Oranges Studios combines the team’s diverse involvement in the entertainment industry with experience in the tech start-up and enterprise IT worlds to develop and produce new musicals in cutting-edge ways. Utilizing revolutionary tools and complex data analysis to build audiences and drive business, Apples and Oranges Studios endeavors to tell compelling stories with strong commercial viability. View the interview on NMI’s YouTube channel: https://www.youtube.com/user/anmtTV 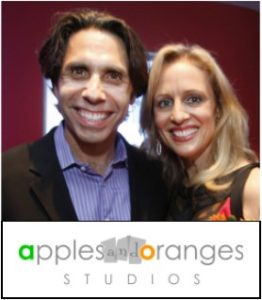 If you’re under the age of 26, and you’re writing for musical theatre, Walt Disney Imagineering Creative Entertainment and New Musicals Inc. would love to hear from you.

New Musicals Inc. in Los Angeles is sponsoring its fourth annual New Voices Project, in which young playwrights, composers and lyricists receive workshops and concerts of their work, with feedback sessions from executives from Walt Disney Imagineering Creative Entertainment and New Musicals Inc. Selected finalists will have their work critiqued in an in-house workshop in March of 2016; and then presented in concert in Los Angeles in April 2016.

Writers are encouraged to submit up to three selections, either from a single work, or separate works, for a total of 20 minutes of material. The staff of New Musicals Inc. selects up to six writers’ works to present to executives at Walt Disney Imagineering Creative Engineering.

The finalists work will receive feedback from the NMI staff and representatives from Walt Disney Imagineering Creative Entertainment, and the writers will then be given an opportunity to rewrite and resubmit in time to be presented in concert at the Colony Theatre in Burbank, as part of NMI’s annual showcase, “got musical,” which features highlights of musicals in development at NMI.

“We’re looking for writers in whom we see potential,” says NMI’s Executive Director Scott Guy. “We’re not pigeon-holing that potential: that is, we’re not looking for ‘Broadway musical’ writers per se, or ‘ground-breaking’ or ‘commercial’ or ‘avant-garde’. We’re looking for writers who are exploring their voices through the blend of music and voice. The stronger your voice and vision are, the more likely we’re going to respond to your work.”

“I’m really excited about the structure of our fourth season, which will give writers an opportunity to revise their work before it gets presented at the got musical concert,” says Artistic Director Elise Dewsberry. “There are so few opportunities available right now for young musical theatre writers.  There is the ASCAP/Dreamworks annual workshops; and the great programs from the Festival of New American Musicals, and we are proud to provide another west coast opportunity.”

Writers may apply online at https://nmi.org/develop/new-voices-project/

There is no application fee. NMI is hopeful that funds will be available to fly the winning participants to Los Angeles for the got musical presentation in April, but such funding is not yet secured.

For more information, consult either the link to the project, or contact Artistic Director Elise Dewsberry at admin@nmi.org; www.nmi.org; 818.506.8500.

Want a great deal on tickets to Deaf West’s SPRING AWAKENING on Broadway? Make a bid at the NMI online auction! Lots of other great offers on theatre tickets, restaurant gift cards, spa/beauty treatments, and singing/acting/piano/dance lessons. Check it out at:http://www.biddingforgood.com/anmt

Woo-hoo!  Our Indiegogo was a huge success.  Thanks to all our donors!

Have you written a great new musical, and are you looking for feedback and/or an opportunity for a concert reading? Don’t miss the July 15 deadline for the annual Search for New Musicals at the Academy for New Musical Theatre.

The Search for New Musicals accepts entries from around the globe; winners receive awards worth up to $25,000 in workshop productions, concert readings, feedback, and developmental support.

“We are thrilled to sponsor the Search,” says Elise Dewsberry, Artistic Director of the Academy. “We love seeing what writers are creating; and of course our mission is to nurture the folks who are writing musicals, so I’m looking forward to seeing what submissions we will get this season.”

Established in 2008, the Search for New Musicals has awarded concert readings and/or workshops to twenty promising new musicals including It Happened in Roswell by Terrence Atkins and Jeffery Lyle Segal; The Looking Glass Wars by by Kurt Kuenne, based on the novel by Frank Beddor; Infamous by Karen M. Cohen and Stephen Kingsbury; Mad Bomber by Charles Monagan and Richard de Rosa; Emerald by Chris Burgess and Denise Wright; Chapter Eleven by Stephen Telfer; Gilbert & Sullivan on Wall Street by Charles Veley; The Water by Georgia Stitt, Jeff Hylton, and Tim Werenko; Rocket Boys by Homer Hickam, Jr., Chris Budinich, Diana Belkowski, Dan Tramon, and Carl Anthony Tramon; Girl Detective by Alan Gordon and Mark Sutton-Smith; Greenbrier Ghost by Susan Murray and Clay Zambo; The Next Fairy Tale by Brian Pugach; and Life After Life by Tracey Langran Corea and Thaddeus Corea.

If you’ve written a musical, and you would like some honest, constructive, detailed feedback on how to make your musical better, you can submit your musical to ANMT for dramaturgical feedback at levels from evaluation to analysis to table reading to workshop to concert reading.

“I’ve never received a more cogent and useable evaluation,” wrote Search writer Elliott Baker (author of The Tooth Fairy’s Daughter). “I’m very comfortable with the critique process but I have never finished reading a critique/evaluation with as much desire and energy to go to work on and polish a piece.”

“The evaluation was far more in-depth than I expected and seemed to cover all the key aspects of the show. Frankly, I found it more helpful than a staged reading would have been,” stated Search participant Barbara Campbell (bookwriter/lyricist of The Awakening). “This critique offered me far more in-depth comments into the basic ‘nuts and bolts’ than I have ever received to date.”

British writer Michael Dresser stated “The real value of this service is in its rarity: from genuine industry professionals who have the clarity and vision to provide feedback with no bias or agenda and which asks the right questions and suggestions to enable YOU to genuinely UNDERSTAND how to make your work a better piece of musical theatre - the long term benefits of which are incalculable!”

All entries will receive constructive dramaturgical feedback, and will be entered in the Search contest. The winner of the 2014 Search will be announced by November 15, and will receive a workshop with the Academy Repertory Company, detailed feedback from the ANMT staff, and will be given a concert reading in Los Angeles.

Writers can submit their shows electronically via ANMT’s website, or submit materials by mail after completing an online submission form.

Information on submitting to the Search is available by CLICKING HERE. 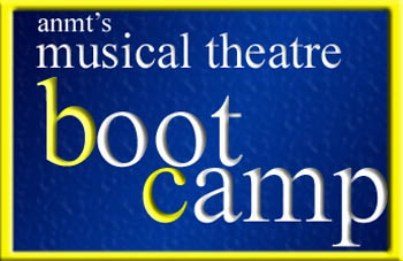