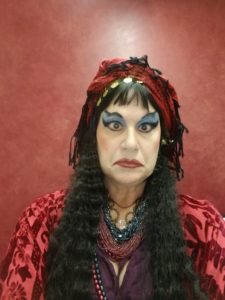 Visit our YouTube Channel at https://youtu.be/dYW1o-ZESTA to check out NMI’s newest Featured Video, from the new series “Khassandra the Psychic”.

Khassandra the Psychic has an uncanny (and musical) ability to predict the future. In this video, Khassandra proves she foretold George Bush’s passing. 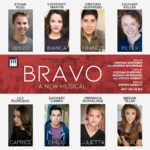 Bravo is an exciting new musical by Christian Guerrero, Andrew Moorhead, and Steven Schmidt. Set in Italy during the second World War, Bravo tells the story of Renzo, a misunderstood fourteen year old who struggles to fit in with his peers in the Mussolini Fascist Youth movement. When he’s confronted with a group of Jewish children hiding in the tunnels beneath the city, he begins to question whether or not the hate he’s been taught is morally right.

This week’s Featured Video at New Musicals, Inc. is from “Manson’s Girls,” the story of the Manson Family murders, told from the perspective of the girls. In this clip, four of Manson’s Girls rehearse a mock-protest, longing for a world in which “The Man” isn’t in charge anymore

“Manson’s Girls” was nominated for Best Musical at the 2018 Hollywood Fringe Festival and voted Best Musical by Tvolution and Pick of the Fringe by Combined Art Form, with music by Ron Barnett, lyrics by Mitch Glaser, and book by Scott Guy.  Directed by Scott Guy with Music Direction from Ron Barnett. This excerpt features Megan Ruble as Sadie Mae, with l. to r.: Lauran Dewey (Squeaky), Christina Anatone (Marioche) and Lia Peros (Big Patty).

With a driving, rock score and book/lyrics which explore the psyche of the girls, this story is all-too-relevant today, being a parable and warning to any of us who follows the voice of authority without stopping to question. An exciting electric fringe production from New Musicals Inc. 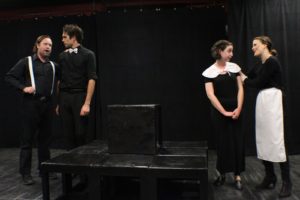 “Bundled Together” was presented as part of NMI’s 2018 15 Minute Musicals: THE GREAT DIVIDE.

Presented at the Broadwater Theatre in Hollywood as part of the 2018 Hollywood Fringe Festival on June 21 and 23, 2018.

An interview with Anderson Cook and Amanda D’Archangelis, winners of the 2017 New Voices Project. This interview is part of a series with producers and writers of new musical theatre, originally streamed live during the 2017 Stages Musical Theatre Festival. Check out a new video every week! 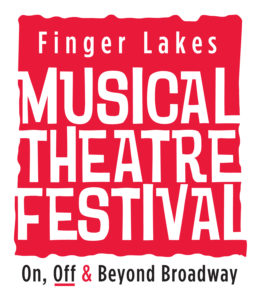