Naked Assessments of a Century of Musicals

My mentor, Lehman Engel was wont to say, “We all know it will sound better when Ethel Merman sings it wearing a green sequined dress – but for now let’s focus on the writing.”

I have written four basic monthly essays. 1) How a musical lover’s first legit show is seminal (for that person); 2, 3, and 4) Principles writers should consider when creating the book, the music, or the lyrics for a musical.  We extract these principles from the past while the form is striding into the future.  Still I believe there is a direct relationship between Showboat and Hamilton in the sense that the current show could not have been written if the earlier and admittedly old-fashioned show had not preceded it. 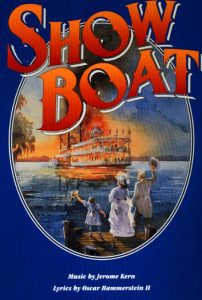 It feels as if the American Musical Theatre is experiencing a transition that began in the 60s and continues today.  A similar transition in classical music began early in the 20th century, but it was bucking a tradition of 300 years.  The American musical is still not quite 100 years old, and it is fair to say it is definitely in flux today.  Very traditional looking and sounding shows like A Gentlemen’s Guide to Love and Murder and Matilda compete with shows considered ground-breaking, like Hamilton and Fun Home.

I think this mix of familiar forms and new wrinkles make today a very exciting time to be working as a writer in this form.  There is clearly room for invention – in fact, there seems to be a thirst for invention.  But new, old or somewhere in between, the form is still selling tickets, and not just on Broadway.  Musicals old and new are filling theatres small and large across the country.  In recent weeks I saw two full houses in southern California, one for a brand new musical in La Mirada (Empire) and one for a revered Sondheim classic in Thousand Oaks (A Funny Thing Happened on the Way to the Forum).

Every decade has its seminal, seemingly game-changing titles on Broadway, but the basic ways these shows work seem so similar to me as to be minor variations on a theme rather than the startling innovations the critics often like to claim.  “Des McAnuff has reinvented Broadway!” they chirped when The Who’s Tommy opened on Broadway in 1993 (right across the street from The Kiss of the Spider Woman, which was well received but not nearly with the same ecstasy as Tommy).  I think, if we researched the number of productions both shows have received since opening 26 years ago we will find that Spider Woman is the show that has survived its Broadway run and been produced many times over this period, whereas I have not heard of any significant productions of Tommy, although I assume there have been some.

It’s very difficult in the heat of the moment to tell whether the current Broadway success is truly a show for the ages or merely a popular phenomenon, the equivalent of a Pet Rock on Broadway.  Where is The Producers today?  Where will Hamilton be in 25 years?  Who can say?  This is made more difficult because the fans of these highly popular shows are so totally convinced that the work they love is great.  Add to this the juggernauts of Cats (about to be revived) and Phantom (yet to close!) and the waters get muddier and muddier.  Certainly if commercial success on Broadway is the barometer, Cats and Phantom win hands down.  They would clearly be the #1 and #3 greatest shows of all time (I think the revival of Chicago has slipped into the #2 spot).

“We all know it will sound better when Ethel Merman sings it wearing a green sequined dress – but for now let’s focus on the writing.”

These shows, like all shows, have their detractors as well as their fans.  We know we can please some of the people some of the time but no one has learned to please all of the people all of the time.   It is very difficult to be objective about things we love and things we hate.  (Is anybody really objective about Donald Trump?)  If our interest is in writing better shows, I think it makes sense to try to be objective about the hit shows of the form (not quite 100 years old unless you really stretch the meaning of the word “musical”).  I pledge to make a serious effort to confine my remarks to an examination of the libretto and score of each show I analyze on these pages.  I don’t intend to study only shows I ‘liked’ or shows I ‘didn’t like.’  My opinion is not better than yours or anybody else’s, including Ben Brantley’s and Charles Isherwood’s.  Opinions are merely opinions, and people who know me know I have strong ones – but they are for private conversation, not public consumption. 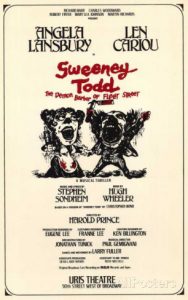 I want to look at a seminal musical from each of the decades from 1920 to 2000.  It will be harder to choose one from the 90s onward since not enough time has passed to determine whether the shows will truly pass the test of time.  Many will (and should) argue with the choices I have made.  There is always at least one person in every crowd who doggedly prefers black jelly beans.

Each examination of the shows above will consist of four parts – an analysis of the book, the music and the lyrics followed by a discussion of how well these elements work together to tell the story.  Here are the criteria I plan to apply in each section.

The Book:  Narrative structure (beginning, middle and end); Cause and Effect of Action, Character Development, Thematic Strength, Diction in Dialogue,  and how these elements affect the willing suspension of disbelief.

The Lyrics:  Song Topics, Development of the Central Song Idea, Lyric Diction (especially how it matches or fails to match the characters’ diction as established in the book), Specificity of Language and Imagery, Consistency of Rhythmic Patterns (in matching sections of the song according to its form –whether ABAB [verse/chorus], AABA or some other song form), Grammar (appropriate to character), and Thematic Importance.

The Music:  Melodic, Rhythmic and Harmonic Development, Style (whether the modalities or tonalities of the songs fit the dramatic moments they serve, either by underlining them, playing against them or informing them in some other way), Rhythmic Prosody (matching the melodic rhythm to the natural spoken rhythms of the lyric), Euphony (whether the lyric is easily sung over the contour of the melody), Compositional Invention and Integrity (whether the music of a song represents the composer’s “voice” or seems to be merely derivative).

Overall Effectiveness:  Do the songs flow from the action of the play?  Is there an abrupt change in energy when a song begins or have the authors created an effective bridge from the spoken word to the singing?  Are the songs distributed throughout the evening in a balanced way to provide variety in tempo, content, and vocal range, etc?  In shows with an intermission, is the gap effectively managed?  What is the theme of the show and how consistently does the material from the book and songs support that theme?  Does the ending satisfy or frustrate the audience’s expectations?  (I will attempt to confine my remarks to the writing rather than the staging or elements of stagecraft like the famous chandelier in Phantom or the phantasmagorical costumes and puppetry of The Lion King, i.e. ignoring the “green sequined dress.”)